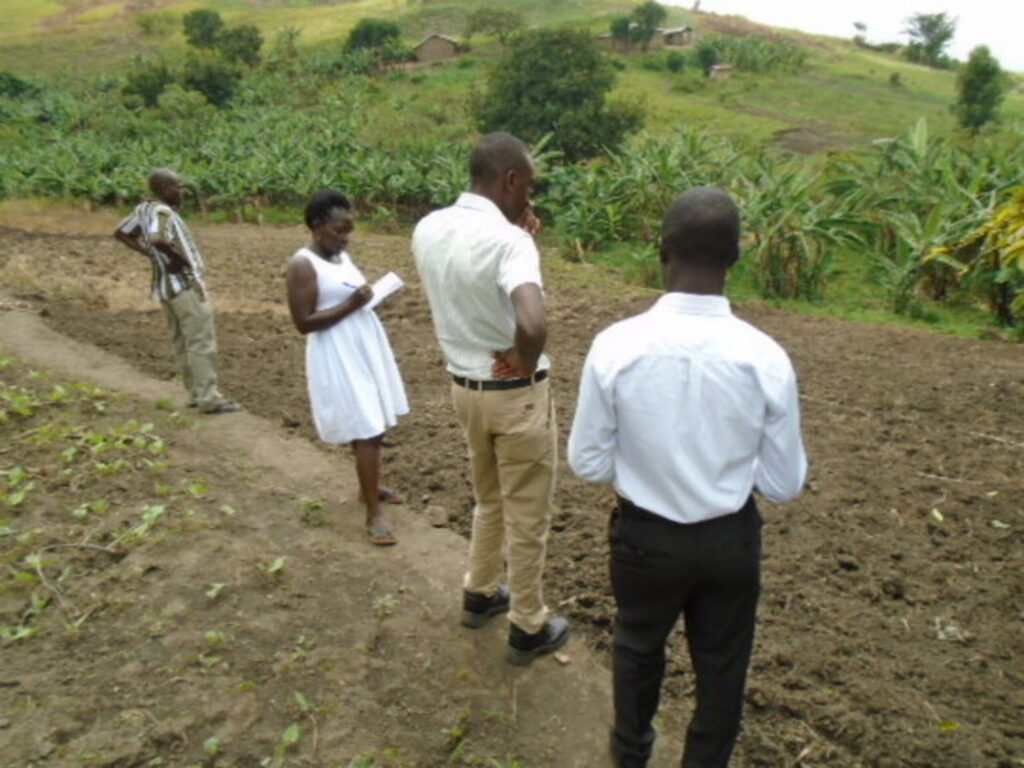 YIA team together with Rickdan at his garden 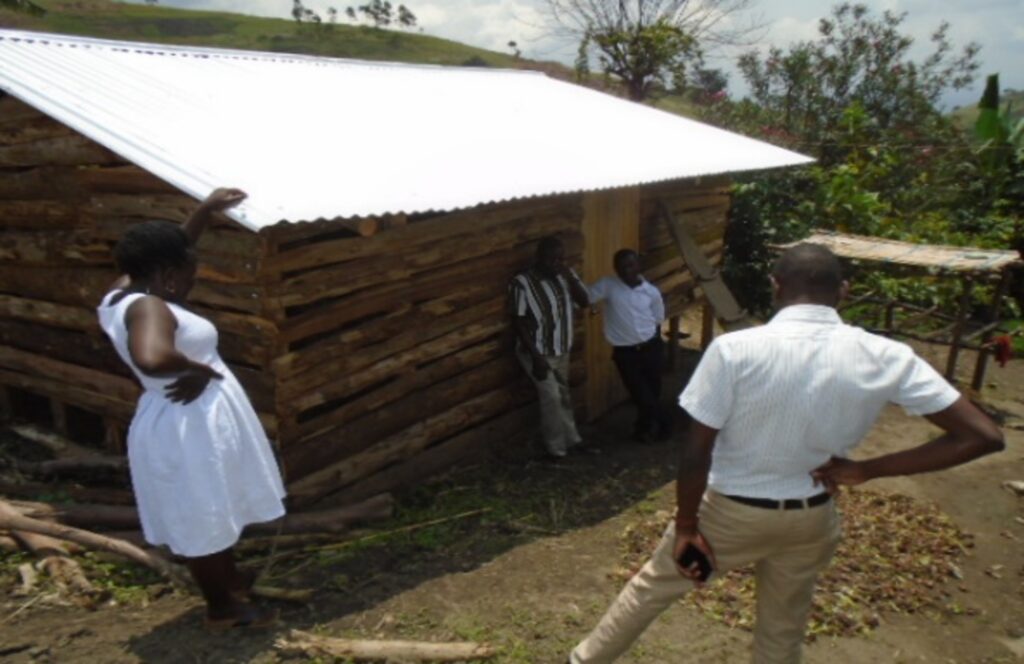 YIA team standing next to his goat’s structure.

Rickdan standing next to his fish pond he recently acquired.

Baluku Rickdan is now 19 years old youth from Nyamisingiri Village, Nombe Sub County in Ntoroko district. He narrates that being born from a polygamous family to a parent whose average income was less than a dollar a day, he did not have a chance to complete to complete school. He dropped out of secondary school at the age of 15 due fees related challenges. His life was in balance about the future. In the same the same year, he heard of the YIA program and immediately enrolled for.

“YIA programs taught us how to save and start business with the little resources we have. We also learnt that starting a business does not necessarily require having so much around us or starting with a big capital. They showed us how we can use the resources in our family and relatives have to change our lives”, Rickdan recalls. Rickdan took this message and acted upon it. During the 5 months of learning on self, family and community resources, Rickdan recalls he mobilized 24 other boys from his village to form a rotational savings scheme. “At the start, we used to save 1000 Ugx (About $0.5 each week) and give it to one member. At our second seating, I was given 22,000 from the group and topped it up with 8000 UGX that I had. I bought 2kg of cowpeas that I planted in August 2014” said Rickdan. He was lucky that the season was good and he managed to make 180,000UGX (about $54) at the end of the season from the peas. He reinvested this money in onion farming in March 2015 from which he made 1,558,600 Ugx ($472). With this money, he joined a savings group in the village in which he saved 320,000, bought three goats worth 461,000, paid school fees for his siblings worth 300,000 and used the rest of the money to hire a bigger garden to expand the one on the family land where he planted onion using the material he had saved previously.
“I thank Save the Children and Ride Africa for bringing this program; I can’t believe that even older people are learning from me. My father who had given up farming thinking it is a worthless venture has resumed after seeing the money I made in such a short time.” Rickdan narrates.