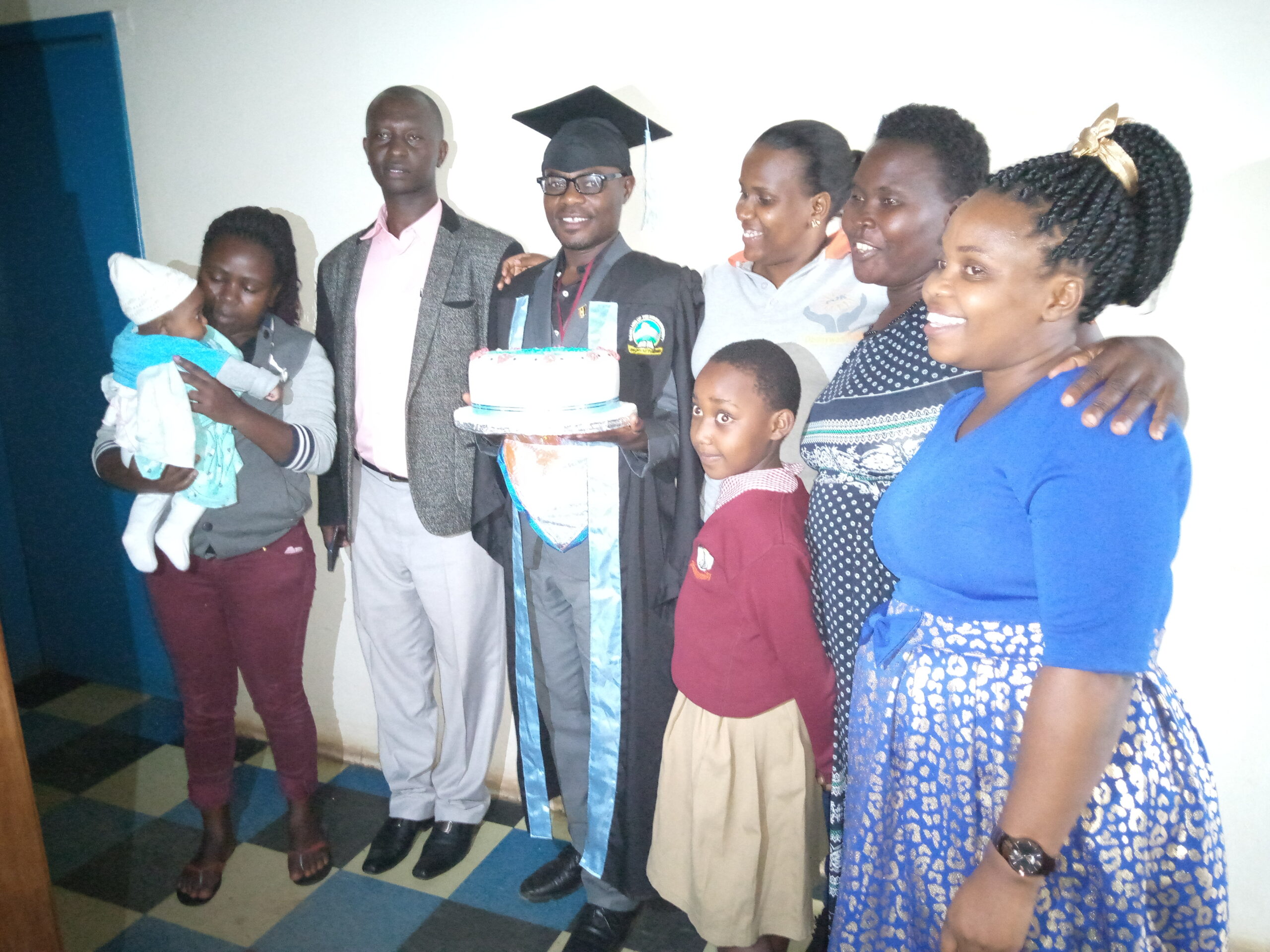 Ahaisibwe Kwirikagira Innocent 27 years an occupant of Mirambi cell Kitaihuka ward Mabira town council Kyenjojo district Uganda. Ahaisibwe had lost hope in life, education and totally poor  minded  on how to move on with education, earn a living and  be able to survive in future with his young brother. It was in 2014 when his life had become failure as he had almost stopped schooling, but he saw heaven on earth when RIDE-AFRICA came home and remained him about the his rights of education, put a piggery project that he based on to pay his school fees in high school which enabled him to finish my advanced level. Later in 2017 RIDE-AFRICA in partnership with WESEHOPE took him to Mountains of the Moon University for his Diploma in Public Administration and Management where he graduated and now he is a potential social work, motivator and a change agent in his community. Ahaisibwe’s brother Busobozi has also attained skills in motor car mechanics also funded by WESEHOPE. Ahaisibwe has 2 years of experience in community work and children rights. Politically Ahaisibwe has been a sub-county councillor and chairperson multipurpose sector at Nyankwanzi sub-county since 2016-2021.