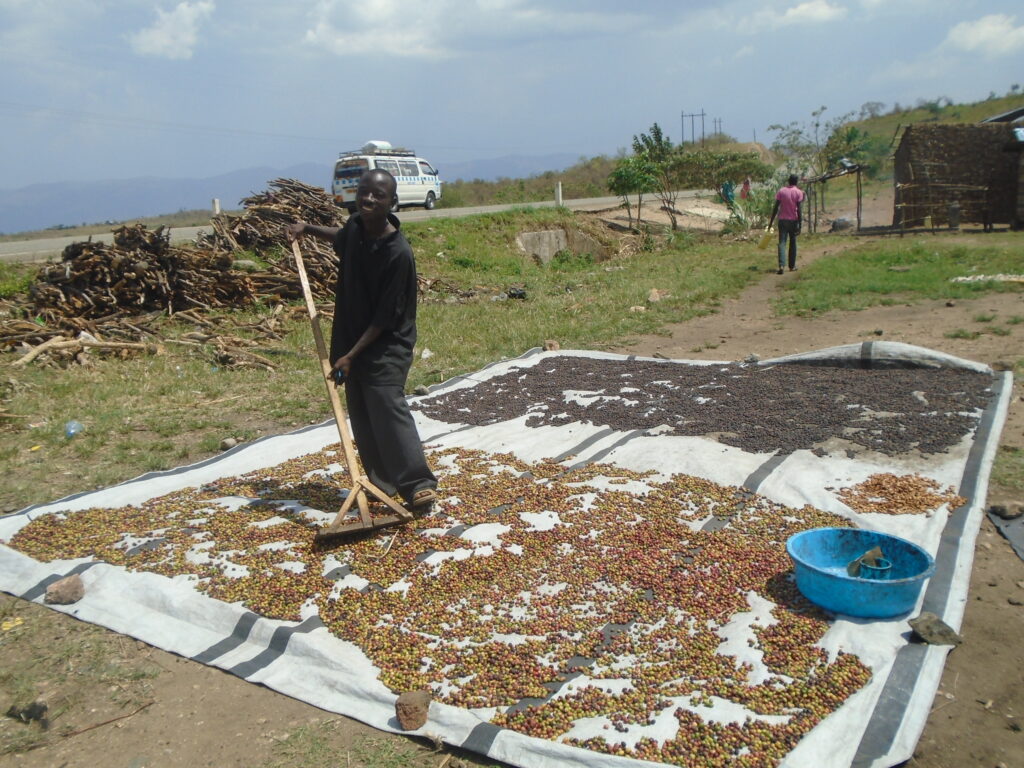 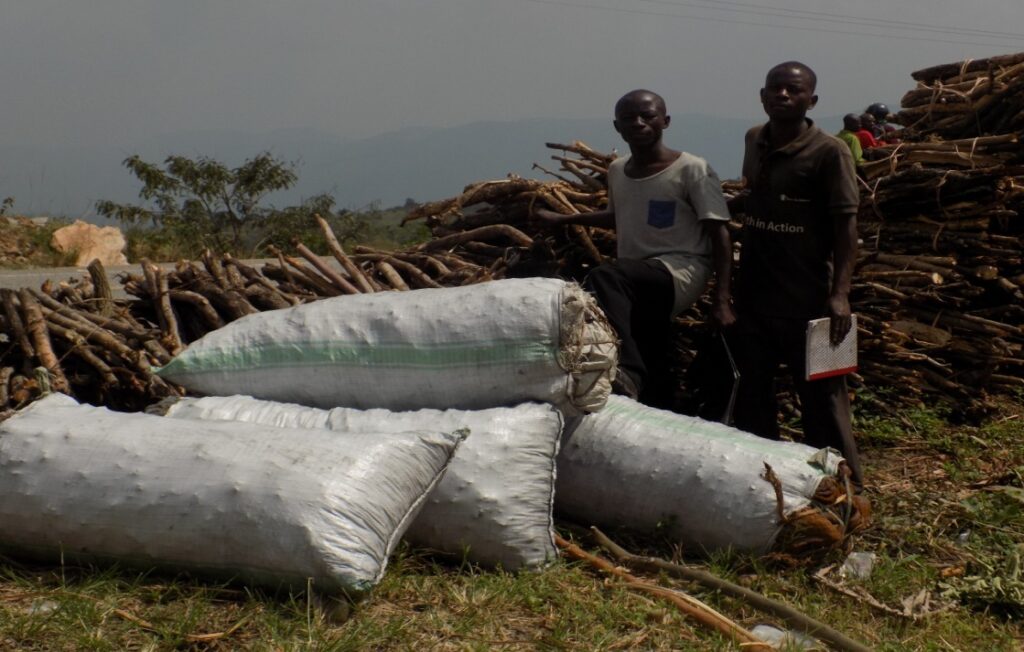 youth standing before their stock of firewood and charcoal.

This group of 4 members (3 males &1 female) based Itojo Nyambigha trading center in karugutu Sub County received a startup of 1,271,800 shillings with a business idea of trading in cocoa within the community of karugutu and selling to Bundibugyo as this product has a lot of market and many people grow it in the district. These people divided up roles in the group affairs to do with market search, store attendant, marketing and selling respectively. They incurred an expense of 452,000 shillings for procuring startup items that are one time upon receiving the startup where they changed their business idea from cocoa to coffee trade since it was not yet season for cocoa

The group further went on to diversify their areas of operation as they also engaged in firewood trade and charcoal as they saw there was demand by people from Bundibugyo and the lake side of Ntoroko which they took up the opportunity investing in 13 sacks of charcoal each @ 15,000 and reselling @ 30,000 getting 290,000 thousand so far and 70 butches of firewood worthy 140,000 shillings and currently the group boosts of having accumulated 1,065,000 without stock at hand which they estimate to be around 450,000 shillings

The members plan to begin fish trade which they see as a profitable venture that will lead them to realize their future dream of becoming responsible people with a stable daily source of income.